Having grown up in Alabama in the 80s, I know a thing or two about big hair.  It’s not as fashionable as it once was, but I’m still a fan.  Even through the board-straight, flat-haired Rachel-from-Friends years, I loved big hair. 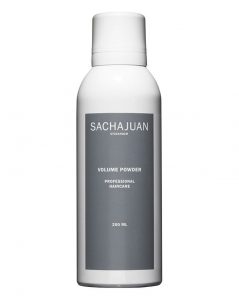 There are a few ways to achieve big hair, but I’ve found the easiest and least damaging way is to use a lifting spray.  For the last year or so, my favourite has been SachaJuan Volume Powder, £22.  Just a couple of sprays of this product directly on the roots of your hair gives it tremendous lift and volume, and the effect lasts pretty much all day.   They also do a version for dark hair, and while it doesn’t leave behind the annoying white powder, it also doesn’t work nearly as well.  The trick is to ‘floof’ it with your fingers until the powder disappears.  If the whiteness doesn’t go away once you’ve worked it into you hair, you’ve used too much. 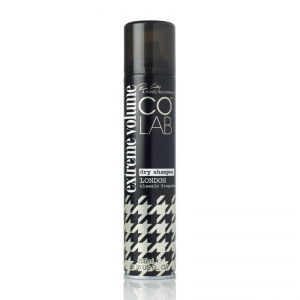 If you’re after a cheaper version that works just as well, I recommend Colab Extreme Volume Dry Shampoo, £4.50.  I’ve been using this for a few weeks now and I like it better than the more expensive SachaJuan version.  It’s easier to work with, leaves less white powder behind, and costs much less.  It also comes in several rather grown-up scents.  I like the London fragrance, but they’re all very nice.